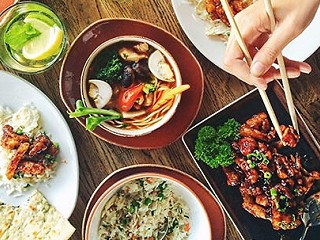 Before you take your seat at the negotiation table, invest some time at the breakfast table.

That s the takeaway from research conducted at Cornell University (reported by the Harvard Program on Negotiation) that suggested people feel a greater sense of entitlement when they are hungry vs. when they are not. (The study defined "entitlement" as "the sense that one is more deserving of positive outcomes than other people are.")

In the first experiment, researchers asked students questions as they were either leaving or entering a college dining hall. Those who had not eaten lunch yet supplied more "entitled" responses such as "I honestly feel I m just more deserving than others" and "People like me deserve an extra break now and then." In the next experiment, undergraduates were shown to one of two rooms, one of which smelled like pizza. Those exposed to the smell of pizza reported being hungrier than the students in the scentless room, and their subsequent answers to questions on a personality test demonstrated a greater sense of entitlement.

It s no surprise that food (or lack thereof) would have such a strong impact on the negotiation process. After all, there s a reason that the Oxford English Dictionary added the word "hangry" ("bad-tempered or irritable as a result of hunger") to its 2018 update. Surely, we ve all experienced the crankiness that a too-long phone call or meeting causes when we re starving. But in the context of an important negotiation, the impact can really be devastating. A sense of entitlement (whether from being hungry or any other reason) can tear a negotiation apart by limiting a negotiator s ability to see other perspectives and find win-win solutions. With so many ways a negotiation can derail based on the actual details, it would be foolish to set yourself up to fail due to being "hangry."

"Eat before you negotiate" may sound trivial, but it s part of a larger point: the stakes in a negotiation are just too high to wing it. As I ve previously blogged about, preparation in negotiation is critical. Fleshing out the issues, doing your homework, creating a list of possible outcomes, determining your BATNA and, yes, eating properly beforehand to put yourself in the best possible frame of mind are all vital. With the holiday season upon us, no complaints here!